A deadly stampede at a busy Mumbai station that killed 23 people last Friday has caused anger, not only because it could have been avoided, but because residents feel that it is yet another example of the city suffering due to officials’ apathy, writes the BBC’s Ayeshea Perera.

The biggest issue at the heart of everything say local commentators, is poor urban planning, driven by Mumbai’s high real estate values and a powerful builders lobby that influences policy in the city.

Urban Splash have been in the forefront of innovative design and urban development for decades. Manufactured / system build / modular housing, call it what you will, has to be the way forward.

House is precision-built to your specification in a factory, and craned into position on your street. Modern materials mean house is well-insulated and efficient to run. You can choose the size and internal format which is then delivered to site virtually ready to occupy. 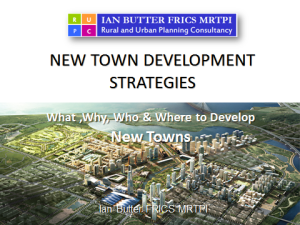 A big thank you to all those delegates who took part in the Town Planning Strategies workshop in Manila last week.

As promised I provide the PowerPoint presentations for your further information.

If you have any questions or would like to post your own ideas and experiences on this website then do please get in touch. This is an open forum so all contributions are gratefully received.

Links to the YouTube Videos used during the presentation are provided below:

What is a Garden City? 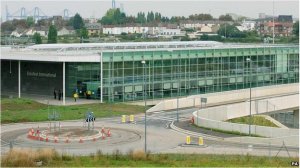 A garden city with an initial 15,000 homes will be built at Ebbsfleet in Kent, George Osborne has announced.
The chancellor told the BBC’s Andrew Marr Show the site was chosen because there was “fantastic” infrastructure and it was in south-east England where pressure on housing has been high.
He said local people wanted to see regeneration of the area.

The planning system in England altered significantly in 2012 with the adoption of the National Planning Policy Framework, which sought to replace the plethora of existing adopted planning guidance in a more succinct and positive manner. The NPPF is bedding-in well and there is a general consensus that despite its brevity a return to the previous arrangements would not be supported.

In considering New Town development outside the UK in circumstances where perhaps strategic policy is not as well developed, the NPPF provides a valuable format for considering  planning policy initiatives and setting development control policies.

As far as New Towns themselves are concerned the document recognises the opportunity and states:

52. The supply of new homes can sometimes be best achieved through planning for larger scale development, such as new settlements or extensions to existing villages and towns that follow the principles of Garden Cities.

A simple statement perhaps, but an important recognition of the potential and couched in terms that assist authorities in progressing projects of this type.

The NPPF can be read in the Document Library – HERE